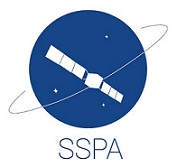 Slovak Space Policy Association (SSPA) is a non-governmental organization dealing prevalently with policy, governance, law and European space integration on an expert level. Our organization is the only fully professional think-tank in the area of space policy and law in Slovakia. The main role of SSPA is to increase the quality and expertise of information and the boost of public discussion about issues concerning the use of outer space and its crucial impact on societal, economic, scientific, research and external relations of the Slovak Republic and its international partners.

Our team encompasses experts in policy, security and legal aspects of the use of outer space with ample experience in publication activities in professional and scientific journals, as well as in lecturing at international conferences and congresses. SSPA members have conducted several work-related stays and internships in distinguished institutions, such as the European Space Agency (ESA), National Aeronautics and Space Administration (NASA), European Centre for Space Law (ECSL), European Space Policy Institute (ESPI), European Commission and United Nations Office for Outer Space Affairs (UN OOSA). Moreover, SSPA is (through its members) a national point of contact for the Space Generation Advisory Council (SGAC) and a member of regional think-tank network in the framework of IRSEC Hub project.

gr. Tomáš Hrozenský is in his professional career active in the area of foreign policy as well as legal and safety aspects of the use of outer space. He is also a National Point of Contact for Slovakia for the Space Generation Advisory Council (SGAC). Tomáš conducted plenty of research stays including the European Centre for Space Law (ECSL) Summer Course and University of Vienna in cooperation with European Space Policy Institute (ESPI). He participates at the United Nations Committee on the Peaceful Uses of Outer Space (UN COPUOS) as a member of the Slovak delegation. Tomáš graduated with honors and gained his master’s degree in international relations at the Matej Bel University in Banská Bystrica, Slovakia, where he decided to continue in his studies in a PhD. program at the Department of Security Studies at the Faculty of Political Science and International Relations. During 2016 and 2017,  he undertook a Fulbright research stay at the Space Policy Institute of the George Washington University in Washington, D.C., USA.

ice-chair – Mgr. Lucius Klobučník, MICL is a space law expert. His research article on legal aspects raised by space mining won the best paper award at the essay competition organized by the European Centre for Space Law (ECSL). Lucius received master’s degree of law at the Comenius in Bratislava, Slovakia and master’s degree in international business at the University of Helsinki, Finland, where he is currently a doctoral researcher. He actively participates in international conferences and courses organized by the ESA and ECSL and holds lectures in the area of international space law. He took part at the ECSL Summer Course in Space Law and Policy and is a National Point of Contact for Slovakia of the Space Generation Advisory Council (SGAC) as well as member of the International Institute of Space Law (IISL).

Vice-chair – Mgr. Daniel Šagath, PhD. is a space policy expert with a long experience from international environment, including work at the European Space Agency (ESA) and the United Nations (UN). His main professional and academic focus is on issues concerning use of outer space with its implications to national governance, strategies, project management and regulations and socio-economic impacts. He is a co-author of several scientific publications published by SAGE (Acta Astronautica), Routledge or Brill-Nijjhof. He actively participates in United Nations Committee on the Peaceful Uses of Outer Space (UN COPUOS) and since 2016 he has been ministerial nominated as the representative to the Legal-subcommittee of the COPUOS. Daniel graduated in the field of political sciences and European studies at the Palacký University in Olomouc, Czech Republic, spent several months at student exchange at the KU Leuven, Belgium, and currently he is a research fellow and doctoral candidate at the Vrije Universiteit of Amsterdam, Netherlands. His current research activity on entrepreneurial and socio-economic valorisation in space sector is supported by the European Space Agency (ESA) and the Netherlands Space Office (NSO). In the past he held a position of a research associate and intern at the United Nations Office for Outer Space Affairs (UN OOSA) and European Space Policy Institute (ESPI). He has been long time active as an ad-hoc advisor of the Ministry of Education, Science, Research and Sport of the Slovak Republic regarding the ESA or to projects connected to satellite development, especially to communication and frequency management (e.g., ESA “Fly Your Satellite!” project).

Mgr. Lenka Kružlicová is a graduate student at the Faculty of Political Science and International Relations of Matej Bel Unviersity in Banská Bystrica, Slovakia focusing on space law and satellite telecommunications. Lenka graduated from 2016 edition of the ECSL Summer Course on Space Law and Policy.

Peter Pindják, MPIA (honorary member) is an expert on security aspects of the use of outer space. He received master’s degree in political science and security and intelligence studies at US universities in Louisiana and Pennsylvania. His master’s thesis on space militarization was included to the list of mandatory readings within the course “Space and National Security” at the University of Pittsburgh. Peter is also an active lecturer and author in the area of security aspects of the use of outer space. During his tenure at the Ministry of Defence of the Slovak Republic he represented the Ministry at the Interdepartmental committee for cooperation of the Slovak Republic with the European Space Agency. Currently is Peter employed by the Ministry of Foreign and European Affairs of the Slovak Republic and a is also a doctoral candidate at the Armed Forces Academy of General Milan Rastislav Štefánik in Slovakia.

SSPA is engaged in space law and policy in 3 main areas: security and peaceful uses of outer space, economic and technical development, international norms, rules and regulations. We are currently working on several projects, regarding integration of Slovakia to ESA, preparations for the first terminological dictionary in the field of space policy, security and law in Slovakia, an academic initiative at Slovak universities focused on seminars and workshops on space law and policy, and publishing analytical studies under a series title SSPA Report.

SSPA members actively take part in international conferences, including the United Nations Committee for the Peaceful Uses of Outer Space (UN COPUOS) in Vienna, and are particularly following the development of the European space policy in light of the planned adoption of the EU space strategy during the Slovak presidency of the EU Council in the second half of the year 2016 (SK PRES).

Regarding national and international space policy issues, in June 2016 we organized in the premises of the Ministry of Foreign and European Affairs of the Slovak Republic under the SK PRES label an event called “Towards the European Space Strategy”. The event was attended by representatives of state administration, academy and the third sector. An exceptional success of the SSPA was in 2016 the invitation of the Slovak Atlantic Commission to organize an international panel concerning space policy at a well-known GLOBSEC Conference in Bratislava.

For supporting the public outreach and sharing the knowledge and interest for space, SSPA was in 2015 a national coordinator for organizing events within the “World Space Week” in the Slovak Republic (4.-10. 10. 2015). The main topic of the event was space exploration. The event was attended by many Slovak organizations, including Astronomical Club in Bratislava, Regional centre for youth in Košice, Observatory in Žilina and Observatory in Partizánske. During the World Space Week the SSPA organized a competition to win a ticket to the movie “The Martian” in cooperation with the film distribution company Barracuda Movie.